'I had never had sex: how could I be HIV positive?' 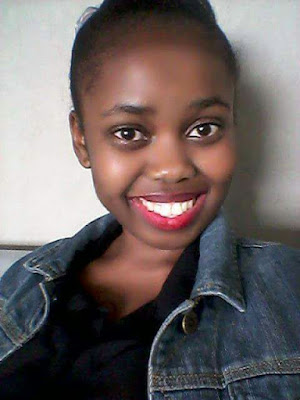 Saidy Brown (pictured left) was 14 when she discovered that she was HIV positive.  Now 22, she tells CYNTHIA MASEKO about the day that changed her life.

"It was June 16, Youth Day.  An NGO came to my school  to educate us about HIV. Someone asked me if I wanted to take a HIV test. Being young and innocent, I agreed. My result came back positive. I could not understand it because I had never had sex.

"That’s when I found out what killed my parents: they both died from HIV-related diseases. Because they both passed when I was so young, I didn’t know what killed them.  I was born HIV positive.

"I was living with my aunt but I was too afraid to tell her that I was HIV positive because I was scared that she would judge me. I was confused and emotional. It was too much for a 14-year-old girl. I recall asking myself if my life was a curse or a punishment. I eventually told my maths teacher and we both told my aunt. She confirmed that my parents had died from AIDS.

"Although it is painful knowing that I am the only one in the family living with HIV, my mind is at ease just knowing that my siblings are HIV negative. And I am glad that I am still alive because some babies who were born with the virus don’t survive.  That just goes to show that I was born on this earth for a greater purpose than being HIV positive.  Two lines on an HIV test will not bring me down.

"With positive living and my ART,  I can still live a long and awesome life. My advice to young people who are living with HIV is that they need to understand that it is not the end of the world."