Scorned for what he is and what he has 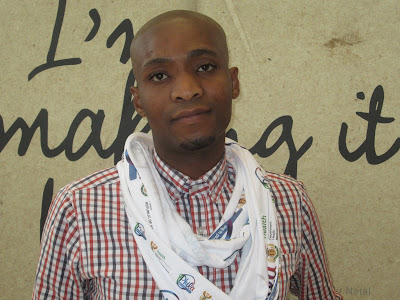 BULELWA MAPHANGA writes: Being gay and HIV positive is a huge burden for 27 year-old Siyabonga Makhonkxa (pictured left).  Makhonkxa, who is a student at Port Elizabeth College, says that, whenever he goes to a public health facility, he is called names and criticised for what he is and what he has. And it is worse when he has skipped his treatment collection date as nurses will attend to him only after everyone has gone.

Makhonkxa says that there is a huge gap between health care workers and the LGBTI community – people who are lesbian, gay, bisexual, trans, and/or intersex. “It becomes hard for one to get treatment at a clinic without being hurt. We are still called names and our rights are still violated every day even after the many projects that the government implemented over the years. Nurses still have wrong information about gay guys living with HIV and the whole LGBTI community,” he says. In short, Makhonkxa always feels judged and criticised.

The stigma problem is everywhere, but it is most intense in rural areas. Makhonkxa feels that’s where government needs to put in the most effort with health workers and in communities, so that little by little, stigma is reduced.

Makhonkxa is an activist with Activate! - a network of young leaders driving change for the public good across South Africa. As an Activator, as members are called, his mission is to change these attitudes.