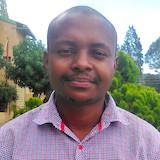 I am having my breakfast at the local mall in Durban and I am thinking to myself – ‘My country, Lesotho, is the second country to implement Test and Treat? Test and treat is the concept of starting all individuals who test HIV positive on antiretroviral drugs as soon as they are tested.

Well, that’s such a quick and interesting move from a country with the second highest HIV prevalence in the world, the highest tuberculosis (TB) rate in the world and an extreme 75% of HIV-TB co-infection. But is my beloved country ready for test and treat? Before we even think about it, know this: people living with HIV are currently struggling to get ARVs due to lack of government financial commitment, a broken health system, limited technical manpower and a dearth of sustainable strategic planning. Oh… and of course limited meaningful community and civil society engagement and participation.

Breakfast done, off to a session on voluntary medical male circumcision (VMMC). I sit down and listen to all these ambitious targets and the huge amounts of money going into the HIV projects, accompanied by strict conditions regarding targets. Hello? We are talking about human lives here. Quality assurance should be the golden rule and targets should only be success and demand indicators.

Back to my country Lesotho – which I will be returning to on Friday – is my government so greedy and corrupt that it will become the first country to embrace some HIV/AIDS projects even though they realise that they do not have the capacity? And that lack of meaningful community involvement leads to community reluctance and lack of adherence?

As I sit on my bed to finish writing this blog, I am thinking– ‘Are the big decision-makers guys who live in communities like mine in Thaba-Tseka, a rural, mountainous district?’ Most definitely not. They are guys with offices in sky-rise buildings. Now why should guys such as these determine how many billions of dollars go to countries like mine, and what targets to set there? We need each other – but more like partners and not what I currently see.  I think priority countries should lead and not just be the recipients of dollars and targets set by funders.

My dream is to attend the AIDS conference where I can sit on the same table as WHO, UN, UNAIDS, Global Fund and my poor brother or sister from Lesotho who is living with HIV, and discuss the issues such as readiness, targets, quality assurance and capacity. Then from that conversation I know that I can formulate a five year strategic plan which will be successful because of community involvement, reasonable and feasible targets, situational analysis and effective government commitment.

Until then, my question is – how many more conferences must we attend until we put  the beneficiaries of these programs at the centre – 5, 10, 20? Tell me, how many? A problem in Lesotho might not be a problem in Kenya but it might be a problem in Uganda. My African problem and your African problem. I need to catch some sleep so I can be up early tomorrow morning to listen to a plenary talk by one of the few community representatives on the big stages. Maybe that’s where I’ll pick it up next time. Onwards!