There is so much for me to take home 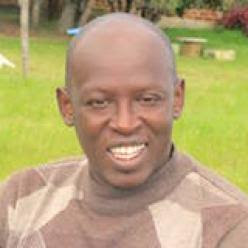 On 17th July, I started my journey from Kenya to the AIDS2016 conference. The plane touched down in Durban at 10:30 pm, and I embarked on a 45-minute journey to my hotel. I could hear other delegates sharing their hopes and fears about the prospect of ending HIV. I felt honoured to be one of more than 18,000 delegates from around the world attending the 21st International AIDS conference to discuss the global HIV response.

“NO NEW FUNDING = NO END TO AIDS! END AIDS NOW” This was the message dozens of advocates and activists could be heard chanting from the streets outside the conference centre the following day.

It was amazing to hear world leaders at different sessions recognizing the role of activists and advocates in agitating for policy development and reforms around HIV/AIDS prevention and treatment programming that are needed to make the “End of AIDS” a reality in our generation. From the streets of Durban to the conference rooms at the International Convention Centre (ICC), the message was the same.

As part of advocacy action after the march on July 19, several international organisations  including the South African government, the US President’s Emergency Plan for AIDS Relief (PEPFAR), WHO and UNAIDS and others were served with commitment memoranda that were signed by the respective heads of these institutions. During his acceptance speech and signing of the memorandum, the Deputy President of South Africa, Cyril Ramaphosa, acknowledged the role of advocates and encouraged them to continue with the push towards ending HIV/AIDS. He also appealed to other African governments to emulate South Africa since they’ve showed commitment in domestic financing of HIV prevention and treatment efforts. 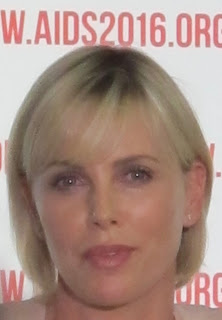 I was also inspired by the speech from Charlize Theron  at the opening ceremony. She spoke the truth with courage. I have only seen her in movies but I was more impressed with her in person than by the characters she has played in the movies. Charlize is an Oscar-winning South African actress who has always been a beautiful person with a beautiful brain and heart. The golden words that touched me the most during her opening speech were – “More money is needed to fight and end the AIDS epidemic in this lifetime

“AIDS does not discriminate – we do,” she added. “Not only are the youths really burdened by this disease but they are ultimately the ones that need to be empowered so that they can actually be the generation to stop it. They’ve been carrying this burden so long by themselves. We’re really late to the game when it comes to adolescents.”

It was great that speakers at the opening ceremony all agreed that more financial investment from governments and donors is required to tackle HIV/AIDS. As the deliberations continue, I continue to learn and to be inspired. There’s so much more for me to take home, and maybe to share with you again. And I will. Soon.