The missing “faith healing” dialogue at the 2016 AIDS Conference 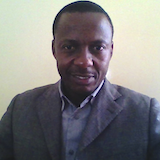 As a first time participant at this year’s AIDS conference, one of the things I saw conspicuously missing was the aspect of sessions involving the faith community and how they are influencing the response to HIV and AIDS response. This was an area of concern considering the hype that the mushrooming of “faith Healing” especially on the African continent by people who call themselves “men and women of God” who continuously claim they heal people after praying for them. This has prompted many people especially in Africa to flock to these “men and women God” seeking divine healing and in the end many have stopped taking their life-saving medications – which has in some cases led to loss of lives.

I have to say – lack of interest by donors and other key players in supporting work around challenging religious fundamentalisms and activism and also bringing on to the discussion table questions about social and political happenings around HIV and AIDS has fueled this.

It was my expectation that there will be some sessions and research work presented and deliberated on at the conference about “faith healing” so that solutions are recommended to check against this practice but it seems there wasn’t anything of that sort. I strongly feel that this was a missed opportunity considering that the conference was hosted by Africa where this practice is rampant.

At the next conference I would urge the International AIDS Society to seriously consider this issue on the agenda, and also to involve faith movements/leaders in these conferences so that we address the issues that are arising together and help to address the problem. As much as the other issues that are hot on the agenda – adolescents and young women, key populations among others – if this area remains unaddressed, we may risk compromising individual health of people living with HIV and in the long run undermine efforts to expand access to effective treatment, and hence affect the fight against HIV in the world especially in Africa!
Posted by Linelle at 09:49