"The ring has in me a new advocate!" 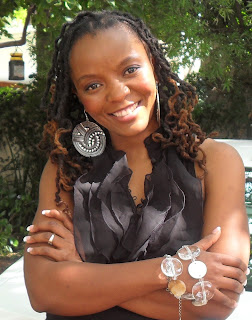 I awoke on the morning 18th July 2016 excited to attend my first International AIDS Conference. While this was the 21st International AIDS Conference, I had no idea what to expect. Neither had I ever heard of microbicides. That is until I met Anna Miti on the shuttle from the airport to conference. She invited me to the Women's Network Zone session where microbicides were to be discussed. And what a session it was! I learnt that the term “microbicide” refers to substances being studied that could be used in the vagina and/or rectum to reduce the risk of HIV infection via sexual exposure. Microbicides could come in a number of forms including vaginal rings that release the active ingredient over a few weeks or months (slow-release), creams, gels, films and suppositories that could be used vaginally or rectally. I was a little sad to hear that there are no licensed microbicides available today.

I met some incredible people in the session, scientists, community workers and advocates. Most importantly I learnt of the wonderful work and strides happening in the space of microbicides research. I am not only intrigued, but now a curious fan. I will be following the progress, research and results particularly of the microbicide ring because of the immense and life saving potential this holds for the young women we work with at Future of the African Daughter (https://www.facebook.com/Future-of-the-African-Daughter-project-165422323491878/).

I understand that the ring is not an all in one solution, it deals with HIV infection, but not other sexually transmitted infections or pregnancy. But then again only the condom, if properly and consistent used, provides that single solution. But the assumption is that we live in a safe world where young women have rights over their bodies, where there's room for the negotiation of condoms in consensual sexual encounters. But this is not the world in which we live. The ring has the potential to give young women at least some power over their bodies to remain HIV free, especially where they don't have space to negotiate safe, consensual sex. HIV infection cannot be undone or reversed. The ring can save their lives. The ring can give young women back some power. The ring could become an important arsenal in the fight against HIV among young women, so I'll be keeping my eye and ear close to its further development. The ring has in me a new advocate!
Posted by Linelle at 09:12