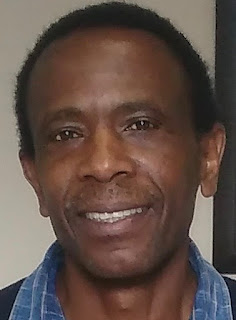 JOHN MUTSAMBI writes: Despite having the biggest HIV epidemic in the world, South Africa continues to make remarkable progress in the fight against HIV and AIDS. The country has become a hub of HIV prevention research and it has the largest anti-retroviral therapy programme in the world. On 1 June, 2016, a national programme to provide oral pre-exposure prophylaxis – or PrEP – to sex workers was launched. This makes South Africa a torch bearer in rolling out a programme that could become a model for other countries, particularly those in the sub-Saharan region that have been hard hit by the HIV epidemic. This bold step by government demonstrates its determination to break the backbone of the epidemic.

As PrEP advocates working in collaboration with civil society we welcome this programme and convey special thanks to Dr Aaron Motsoaledi, South Africa's Minister of Health, for helping to spearhead the push for PrEP implementation.

And a sex worker remarked: "Some community members call us 'the drivers of the epidemic'. I think this providing  PrEP to sex workers will further strengthen this stigma."

These are all voices with concerns that should be listened to. As the mouthpiece of PrEP advocates in South Africa, we urge decision-makers in the National Department of Health (NDoH) to urgently consider expanding access to PrEP to other key population groups, including adolescent girls and young women. We know that this process will not be easy and we are prepared to work very closely with civil society to support the NDoH’s efforts.

As we wait for information from PrEP demonstration projects to inform our decisions about how best to roll out PrEP, we also feel that at this point, we should also learn as we go. Further delays in expanding access to PrEP will result in continued high rates of new infections that could be averted. PrEP would also help South Africa save on the costs of lifetime ARVs and sickness.